Ben Diamond focuses his practice on estate planning, probate administration and litigation involving wills, trusts and guardianships. Ben has successfully handled cases involving the breach of fiduciary duties by trustees, the removal of fiduciaries, will contests, contested guardianships, and disputes relating to capacity and undue influence.

Ben’s probate and trust litigation experience informs his work as an estate planner.   Ben takes the time to fully understand his clients’ objectives and family dynamics.   He helps clients develop cost-effective plans to achieve their goals, avoid family fights, and minimize the impact of gift, estate and income taxes.

Ben was inducted in Florida Trend’s Legal Elite for Wills, Trusts and Estates for several years including most recently for 2020.   He is a graduate of the inaugural class of the American College of Trust and Estate Counsel’s (ACTEC) Florida Fellow Institute.  Ben serves on the Executive Committee of the Real Property, Probate and Trust Law Section of the Florida Bar.  . In 2017, he received the Section’s “Rising Star” Award for his leadership and service.   Ben has served as Co-Chair of the St. Petersburg Committee of the St. Petersburg Bar Association. Ben frequently lectures on issues relating to estate administration, estate planning, and probate and trust litigation. 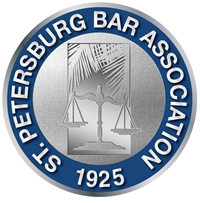 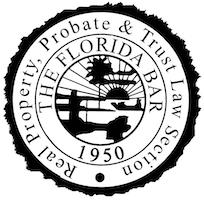 In November 2016, Ben was elected to serve in the Florida House of Representatives. He represents Florida’s sixty-eight house district in Pinellas County.

Ben previously practiced law at the national law firm Akerman Senterfitt. He spent four years in Tallahassee as an attorney for Florida’s Chief Financial Officer Alex Sink, where he served as General Counsel to the Chief Financial Officer and the Florida Department of Financial Services. In this capacity, Ben supervised a staff of over 60 government attorneys and was responsible for a wide range of legal and regulatory issues. Prior to his work in state government, Ben served as a law clerk to the Honorable Emmett Ripley Cox on the United States Court of Appeals for the Eleventh Circuit.

– Editor-in-Chief, The Florida Law Review
– Member of the Florida Blue Key Honor Fraternity
– Recognized by the University of Florida Alumni Association as an Outstanding Young Alumnus, 2013.